How to claim a variation under AS 4000

This article explains how to claim a variation under AS 4000.  It includes a flowchart to explain the process.

A variation arises under AS 4000 when the superintendent directs the contractor to:

2. When can a variation be directed?

Clause 36.1 also states that a variation must be ‘of a character and extent contemplated by, and capable of being carried out under, the provisions of the Contract’.

The general idea is that the superintendent cannot direct the contractor to perform a variation if it involves work that is entirely different to the type or extent of the work the contractor was originally engaged to perform, or if it is otherwise unable to be carried out under the provisions of the contract.

3. How does the variation process start under AS 4000?

The contractor must not carry out a variation unless it has received a written direction in writing.

The first is a direction of a proposed variation (under clause 36.2).  This is not a direction to execute a variation.  Rather, it is (in effect) merely a request for an estimate in relation to a potential variation that may or may not be directed after receiving an estimate from the contractor.  This is an optional step, as shown in the flowchart above.

The second is a direction to perform a variation (clause 36.1).  The superintendent is able to give this type of direction regardless of whether it has first given notice of a proposed variation.

4. How do you respond to a notice of a proposed variation?

If you receive a written notice of a proposed variation from the superintendent, clause 36.2 requires you to provide a response ‘as soon as practicable’ after receiving it.  This is shown as the ‘Initial Variation Notice’ in the flowchart above.

Your response should identify whether the variation can be effected.  If it cannot be effected, you are not required to proceed with it.

Assuming the variation can be effected, your notice should set out your estimate of:

Keep in mind that this initial response is simply intended to be an ‘estimate’.  Detailed calculations or supporting information is not required.

If, after receiving your estimate, the superintendent requires more information, it can direct you to provide a detailed quotation supported by measurements or other evidence of cost.

The last paragraph of clause 36.2 expressly entitles you to claim your costs of preparing an estimate or a detailed quotation for a proposed variation. If you wish to claim those costs, we suggest you include a statement to this effect in your response, identifying the amount you intend to claim and how the amount has been calculated.

5. Does a direction to execute a variation need to be in writing?

Yes. A direction to execute a variation should always be in writing. This is because, pursuant to clause 36.1, if you vary the work without a written direction, you will be in breach of the contract.

Also note that, pursuant to clause 20, if the superintendent gives you an oral direction, you are entitled to request that it confirm the direction in writing.  Provided you make such a request, you are not bound to comply with the direction until that written confirmation has been received.

6. What if the superintendent directs you to proceed without requesting a price?

As a matter of practice, we would suggest that you avoid this situation wherever possible.

The purpose of this notice is to eliminate the possibility of the principal complaining, after the works have been performed, that it would not have ordered the variation had it known of the additional time and/or cost involved.

7. What should you have before starting work?

As explained above, by the time you have commenced work on the variation, there should be:

Also note that, pursuant to clause 42.1, you are bound to continue performing your obligations under the contract notwithstanding the existence of a dispute.  This would mean that you could be required to perform a variation even if there is a dispute about price.

8. How do you deal with delay?

Clause 34.2 of AS 4000 requires you to submit a notice of delay promptly after becoming aware of anything that may probably cause a delay to the work under contract.

Consequently, if you are directed to:

you should consider giving a notice of delay if the direction will result in a delay.

If a variation causes a delay, you will be entitled to claim delay costs (either as a compensable cause or as part of the variation).

More information on how to give notices and make claims in relation to delays can be found here.

9. When can you claim payment for a variation?

The security of payment legislation entitles you to claim payment for work performed.  In most cases, this will include variations. Note that there can be exceptions, such as in Victoria (as we explain here).

If you disagree with the superintendent’s treatment of your claim, the security of payment legislation may provide an interim remedy. In any event, clause 42 of AS 4000 prescribes a method for resolving disputes.

You can download a print-friendly PDF version of the variation flowchart above by clicking here. 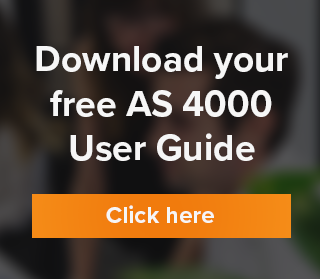