The Australian Standard AS 2124-1992 General Conditions of Contract remains a widely used form of construct only head contract, despite it having been succeeded by AS 4000-1997 and now being almost 30 years old.

Despite having many similarities, AS 2124 and AS 4000 are very different forms of contract.  This article provides a basic introduction to AS 2124.

Where to get it

AS 2124 is published by Standards Australia Limited, which is part of SAI Global.  It is protected by copyright and you must pay a licence fee to use it.

When buying AS 2124, be sure to buy the right version.

You will notice that different types of licences are available (reference version, multiple use versions, editable versions and so on).  Licence fees vary depending on which licence option you pick.  You will need to choose the version that best suits your circumstances.

How to assemble it

The document you purchase from SAI Global is the general conditions of contract.  You will need to compile the other contract documents and complete the annexures.

You will also need a document to formalise your entry into the contract you have compiled.

As you will notice, there is nowhere to sign in the AS 2124 general conditions or annexure pages. To address this, the parties will usually adopt:

Both documents serve much the same purpose, although most principals prefer a formal instrument of agreement to ensure there is no doubt about which documents are included in the contract.

You can purchase the Australian Standard Formal Instrument of Agreement (AS 2127) here.  This document has been produced by Standards Australia for use in conjunction with AS 2124.

Although AS 2124 was produced by Standards Australia following consultation with a variety of industry stakeholders, it is not without its critics.

Some principals consider the relief available to contractors to be too generous, and somewhat uncertain.  For example, clause 35.5(a) entitles the contractor to claim an EOT for anything beyond its reasonable control.  Many principals will seek to limit the availability of EOTs to a list of specific events.

In addition, AS 2124 does not cap the amount of delay costs that may be claimed by the contractor where a compensable cause of delay arises.  Some principals will seek to address this by amending the contract to incorporate a cap.

There are parts of AS 2124 that are not to the liking of some contractors either.  For example, if a delay is caused by multiple causes of delay and any of the causes would not entitle the contractor to claim an EOT, no EOT will be available in respect of the delay.  (The equivalent provision of AS 4000 allows an apportionment to be made.)

AS 2124 was released in 1992, making it almost 30 years old.  Since then, there have been a number of changes to the law.  Parties contemplating a contract under AS 2124 will often agree to special conditions to address these changes.

Examples of legislative changes that have occurred since the first publication of AS 2124 include new laws relating to GST, security of payment, proportionate liability, personal property securities, work health and safety, the Australian Consumer Law and unfair contracts legislation.

Despite its age, AS 2124 continues to be a widely used form of head contract.

If you are thinking of AS 2124 as your contract for a new project, you should consider whether any amendments may be needed.  For example, you may wish to alter the risk profile, you may wish to incorporate new clauses to deal with legislation that has commenced since the AS 2124 was first released, and you may also need clauses to deal with specific issues that arise out of your project.

If you have entered into a contract that incorporates AS 2124, be sure to familiarise yourself with the detail of the document so that you understand your rights, obligations, entitlements and liabilities, and so that you can administer the contract accordingly. 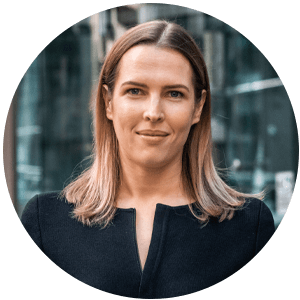