What is a provisional sum?

A provisional sum is an allowance included in a fixed price construction contract for an item of work that cannot be priced by the contractor at the time of entering the contract.

How do provisional sums work?

In other words, where a lump sum contract price includes a provisional sum, the final amount payable by the principal will be adjusted to reflect the actual cost of the provisional sum work.

Provisional sums are used where the principal wishes to enter into a contract to enable the project to commence, even though the design for parts of the project is not yet finalised. (Early Contractor Involvement or 'ECI' is another form of contracting that allows principals to commence without a fully completed design. You can read more about ECI contracts here.)

What is a prime cost?

Prime costs are very similar to provisional sums, and often work in much the same way.
A prime cost item is an allowance made for a specific supply item, where the final choice of the item has not been made at the time of entering the contract.

What’s the difference between a provisional sum and a prime cost?

Traditionally, a prime cost is limited to the cost of supplying the relevant item, and does not include the cost of any work that relates to it (such as its installation).

In contrast, provisional sums include allowances for both the supply item and all related work to be performed by the contractor.

In practice, the distinction is often more academic.

For example, under both AS 2124 and AS 4000, the definition of ‘provisional sum’ includes prime cost items. The result is that provisional sums and prime costs are treated exactly the same way under these contracts.

How is the adjustment for provisional sums calculated?

The value of the adjustment for prime costs and provisional sums will depend on the terms of the contract.

Usually there are two components to the adjustment:

In terms of the first component, where the work is performed by a subcontractor or the item is supplied by a third party, the contractor’s entitlement is often based on the actual amount paid or payable by the Contractor to the subcontractor or supplier. (See, for example, clause 3 of AS 4000 and clause 11 of AS 2124.)

Some contracts contemplate a percentage being applied to the actual cost of performing the provisional sum work or supplying the prime cost item. Examples include AS 4000 (clause 3) and AS 2124 (clause 11).

Have questions about a construction contract? Read about our contract workshops here.

Specifically, a contractor may claim that an item of work falls within the provisional sum (and is therefore open to adjustment), whereas the principal or superintendent may consider that the work should have been allowed for as part of the contractor’s fixed price.

To avoid the potential for this type of dispute, it is in both parties’ interests to ensure any provisional sum work is described as precisely as possible, acknowledging that (by definition) significant parts of the scope will be unknown at the time of entering the contract.

Similarly, when issuing tender documents, principals should specify whether overheads and profit on provisional sums will be treated as being included in the provisional sum allowances, or whether they will be taken to form part of the contractor’s fixed price.

The mechanism for adjusting the contract sum for profit and overheads on provisional sums should be drafted to reflect the commercial intent. Otherwise, particularly where provisional sums comprise a large part of the contract price, this can make a material difference to the amount the principal is ultimately required to pay. 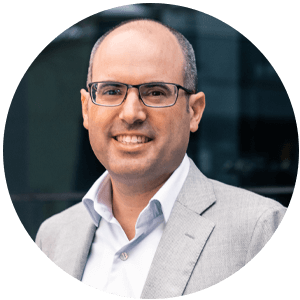