What is the 'date of practical completion' under AS 4000?

How did this happen?

The decision was made in the context of a dispute under the security of payment legislation between Abergeldie Contractors and Fairfield City Council.

A special condition to the contract stated that only one payment claim could be made after the date of practical completion.

The key issue for the court to resolve was when practical completion occurred, as this would then determine the validity of the payment claim (and consequently whether the contractor had a valid claim under the Act). 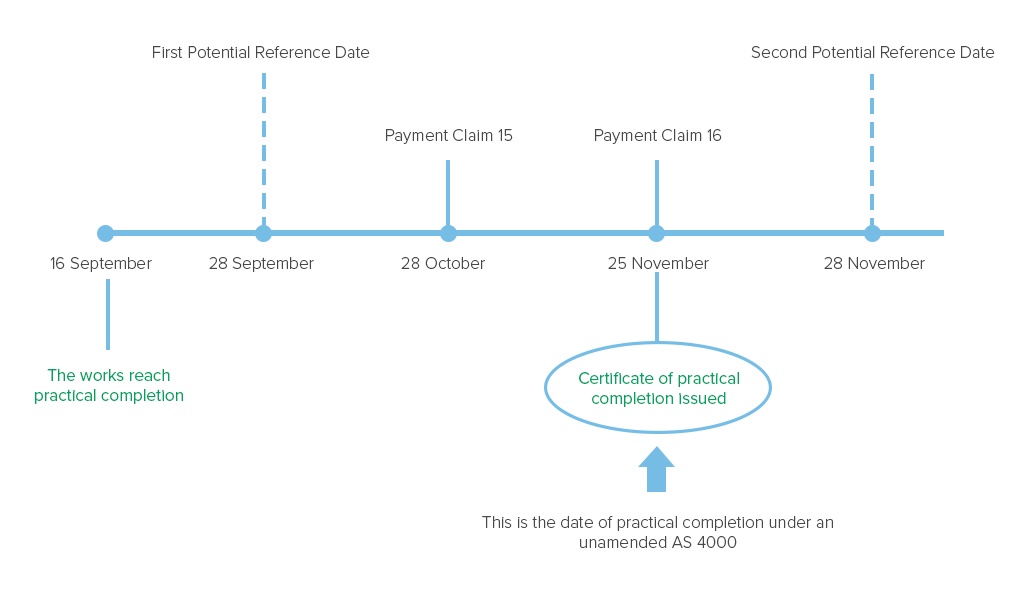 What the Court found

The NSW Court of Appeal agreed with the contractor. It said:

(a) the achievement of practical completion depends upon the satisfaction of the superintendent as to the elements of the defined term;

(b) that state of satisfaction is effective when communicated by the issue of a certificate of practical completion;

(c) “issue” includes provision of the certificate to the contractor; and

The decision has been received with surprise.

It remains to be seen whether it is followed outside of NSW and/or whether the finding is confined to security of payment cases. On a literal reading, the decision would seem to have broader application.

For now, absent any amendment to AS 4000, it seems that parties in NSW at least will need to proceed on the basis that the key date is the date on which the certificate of practical completion is issued. This will be relevant to determining:

It may also give rise to arguments around the enforceability of liquidated damages provisions.

In the meantime, in response to this decision we suspect that informed principals will seek to amend their contracts to clarify exactly when practical completion is intended to occur and when the contractor's final payment claim is intended to be made.