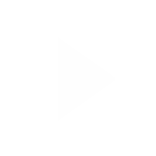 Here are some of the companies you could work with.

These companies are privately owned and, without exception, a joy to work with. Most of them have an annual turnover between $20m and $250m. In most cases, we do all of their legal work.

The vast majority of our work is repeat business from existing clients, many of whom we have been working with for decades. Our approach to business is very based on personal relationships. We don't see ourselves or our people as a commodity, nor do our clients.

We’ve been working with Turtons since we opened our doors in 1989. Turtons has been an intergral part of our business success. We wouldn’t think of going anywhere else.

Here are some recent matters you could have worked on. (They're typical of what we do generally.)

Most of the projects we get involved in fall in the range of $5-30m, but obviously there are exceptions (at both ends of the scale).

The work is challenging. We are known for our ability to deliver practical solutions to complex problems, often in short timeframes. Our clients are commercially sophisticated. One of the fun parts of the job is collaborating with highly talented people (both within and outside the firm) to develop and implement commercial strategies.

Here’s where we say nice things about ourselves.

Or not. You’ll make up your own mind, so we’ll just give you the objective facts instead. (Pay attention to the absence of the usual superlative adjectives.)

We're a small team. Currently there are only about 10 of us in the office. We’re actively hiring and we’re aiming to grow the firm over the next 18 months.

We have two principals, Bill Henry and Greg Henry (father and son). Both graduated Sydney University law school, both hold MBAs, both hold degrees with first class honours (or equivalent), and both play an active role in mentoring the team.

It’s an amazingly supportive place to work. I learned the practical side of commercial law and the importance of detail. My time there was invaluable to my development as a lawyer.

Here's how hard you would need to work

But you wouldn't need to work anywhere near the same the hours as you would in a big firm.

Although there are exceptions, it’s unusual to find anyone in the office past about 6.30pm. It’s very rare that anyone works weekends.

You won’t find us in the office unless there is a need to be there.

Among other things, we have:

Accelerate your legal education with hands-on work in a boutique commercial law firm in the Sydney CBD. We're looking for a law student to support our commercial and construction lawyers. Click here to learn more.

This is the end of the page.

If you’d like to know more, you’ll need to get in touch.

We’re always on the lookout for high quality people, and we don’t always advertise or promote positions on our website.