How to use AS 4916 Construction Management Contract

AS 4916 is one of the most commonly used - and also misused - forms of construction management contract in Australia. This article explains how it works and also identifies areas where users frequently get it wrong.

AS 4916 was first released in 2002. It was prepared by a committee comprising a number of different industry stakeholders, and consequently is a relatively balanced form of construction management agreement, assuming it is used as was originally intended.

AS 4916 is protected by copyright, meaning that you have to pay to use it. You can buy a licence to use AS 4916 here.

The fee payable to the construction manager is intended to be identified in the Annexure Part C. The fee can be expressed as a lump sum, as a percentage of the project value, by reference to rates, or a combination.

There is a standard form of trade contract published by Standards Australia intended for use in connection with AS 4916, being AS 4917-2003. You can buy a licence to use AS 4917 here.

What risks are assumed by the Construction Manager?

The level of risk assumed by the construction manager under AS 4916 is intended to be significantly less than that ordinarily assumed by a contractor in a lump sum arrangement, assuming AS 4916 is used as was originally intended.

This is because the construction manager’s role is merely to manage the trade contractors, without assuming the risk of their non-performance.

The construction manager is also not expected to carry many of the usual risks that are imposed on a head contractor under a lump sum contract. For example, under AS 4916:

Where the construction manager acts as agent for the principal, it must act transparently and always in the principal's best interests. This is because, as agent, it will owe fiduciary obligations to the principal. (Read more about fiduciary duties here.)

All of the construction manager's obligations in AS 4916 relate to the 'the Services'. The definition of 'the Services’ points to the Annexure Part B, where 'the Services' are intended to be described in detail.

The Annexure Part B gives you two options:

As we explain below, things often go awry when the default pick list is used.

‘Agent’ versus ‘not as agent’

The list of tasks in the Annexure Part B of AS 4916 requires you to identify, for each task, whether the construction manager will act ‘as agent’ for the principal or ‘not as agent’.

Although in principle this might seem like a good idea, there are three fundamental issues with this.

First, where a traditional construction management arrangement is intended, the choice between 'agent' and 'not as agent' should generally be fixed. That is, the construction manager is always likely to exercise the same function in the same way, regardless of the project concerned. There should not be any reason for this to change between projects, and therefore no reason why users should be required to choose.

Second, for some of the tasks, it is very difficult to determine which tick box should be applied. For example, 'change control' is the first task listed. It is unclear whether this is intended to be a task that involves the construction manager providing advice to the principal (in which case the box should be 'not as agent'), or whether this means acting on the principal's behalf in effecting the change (in which case the box should be ticked 'agent'). There are many tasks like this.

Third, sometimes the parties will tick a box that makes little sense. For instance, one of the tasks is for the construction manager to negotiate with authorities and service providers.

What happens if the parties get 'agent' and 'not as agent' wrong?

If the Annexure Part B is not used correctly, this creates significant ambiguities in the contract and/or leaves one or both parties exposed to risks that may not be immediately apparent.

For example, three of the tasks in the list are:

Sometimes a principal will tick the ‘not as agent’ for one or more of these tasks.

Quite apart from this approach potentially not having the desired effect:

If you are a principal or project manager looking to set up a modified form of construction management agreement, don't assume that simply ticking the boxes in the Annexure Part B in a particular way will be sufficient to do the trick. Indeed, this type of approach may result in the principal assuming a significant amount of unnecessary and unwanted additional risk.

If you intend to use AS 4916 as a traditional construction management arrangement, the best approach is to:

AS 4916 is a reasonably balanced contract if it is used for its intended purpose, namely traditional construction management. Care needs to be taken when identifying the 'Services' in the Annexure Part B.

If you are contemplating an arrangement that is not traditional construction management, don't assume that this intent can be achieved simply by ticking the boxes in the Annexure Part B in a particular way. If you don't want a traditional construction arrangement, you will need to make amendments or look to some other form of document, such as an ECI agreement coupled with a lump sum form of contract.

You can read more about ECI contracting here. 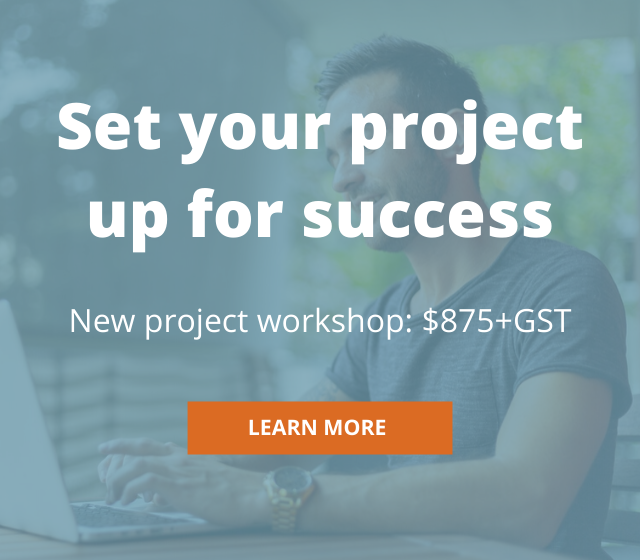