7 things an investor should look for in a shareholders agreement

As a minority shareholder, your rights will be limited. However there are a few basic protections you may consider asking for before you invest.

Make sure you understand the company’s plans for issuing shares in the future, and have these set out in the shareholders agreement. If possible, try to introduce caps or other restrictions on the company’s ability to issue shares without shareholder approval.

2. The right to appoint a director

You won’t have a right to be (or appoint) a director unless you specifically negotiate one.

Whether it’s appropriate for you to have such a right will depend on the proportionate size and value of your holding. It’s unusual for shareholders to be able to appoint a director unless they hold at least 10% of the company’s shares. The minimum threshold is usually higher.

Although being a director carries its risks, it will give you greater access to information as well as the ability to influence the company’s decisions. Also, there are a few things you can do to limit your exposure as a director if you decide to become one.

Particularly if you will not be a director, your rights to receive company information will be relatively limited. If you require any regular reports from the company, or if you wish to be made aware of specific events, this should be reflected in the shareholders agreement.

4. Tag along and buy out rights

Typically, people invest in private companies based on their confidence in the existing management team. Consistent with this, minority investors will often seek protections against key personnel leaving the company.

For example, if the major shareholder(s) find a buyer for their shares, shareholders agreements often contain provisions that will allow the smaller shareholders to ‘tag along’ and participate in the sale.

In a similar vein, some shareholders will require the right to have their shares bought out if the founding shareholder(s) withdraws from the company or reduces their involvement.

Pre-emptive rights give the shareholders the right to buy another person’s shares before they are sold to someone else.

6. Limits on the Board’s control

This article sets out some of the protections you should consider, but it obviously won't cover all of them.

Our due diligence guide contains information about various other investigations that a prudent investor would normally undertake before committing to an investment in a private company. 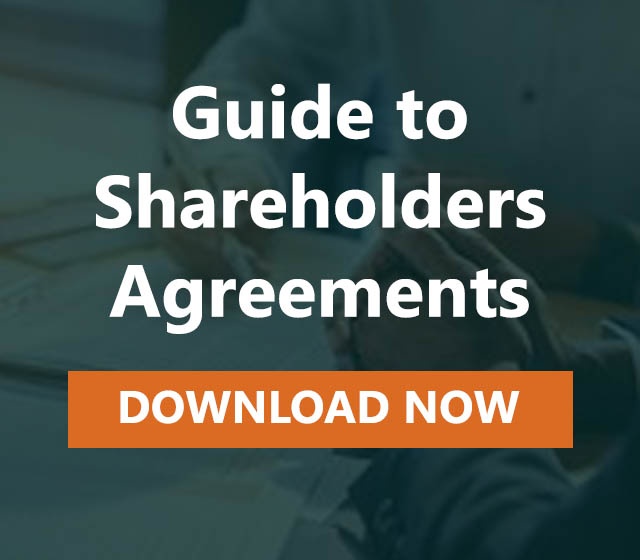